The Dinghy Race Team is a student-run competitive team which regularly travels and competes against other schools in the southeast.  We are part of ICSA’s South Atlantic Intercollegiate Sailing Association (or SAISA) conference which has fall and spring seasons. The student-athletes maintain a regular practice schedule each week as well as meeting for workouts and chalk-talks. The team sends members to regattas nearly every weekend during the semester while handling the challenging academic load of Georgia Tech.

We field both a co-ed and women’s team which compete using both 420s and Flying-Junior dinghies while training on our 420 fleet at LLSC.

Reach out to the Dinghy Race Team Captain if you are interested in joining! 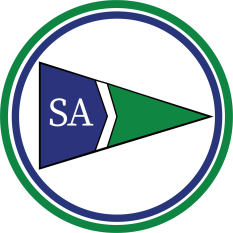 The Inter-Collegiate Sailing Association (ICSA) is the governing authority for sailing competition at colleges and universities throughout the United States and in some parts of Canada. There are seven Conferences that schedule and administer regattas within their established geographic regions.

College sailing began on an informal, club basis in the 1890′s, and organized racing started in 1928. It has grown to include more than 230 active colleges, and racing now occurs on every weekend during fall and spring seasons and on many weekends during the winter. It is a truly coeducational sport, and it has proved itself the best incubator for the development of racing skills. Former college sailors have always numbered significantly among Olympic medalists and America’s Cup competitors.